SAN JUAN, PR (October 27, 2011) – More than 100 of San Juan’s most stylish women donning the latest fashions from Gucci, Louis Vuitton, Manolo, Prada, Jimmy Choo, and Ferragamo as well as this seasons “it” bags will converge at Maria De La Cruz’s home for an afternoon of fun, glamour, entertainment, and philanthropy as the Puerto Rico Chapter of America Developing Smiles presents its “Old Bags for Smiles” 2011 fundraiser, benefiting educational centers in Barrio Obrero. Event attendees will be able to enjoy a silent auction of gently used vintage and designer bags, cocktails, music entertainment a special tasting sponsored by Yaucono Liquer.

Founded in 2007, America Developing Smiles of PR is nonprofit, charitable foundation, committed to assisting impoverished communities in Puerto Rico through leadership, volunteerism, and fundraising activities. The organization has grown to include more than 50 women volunteers who organize fundraising programs to support basic and primary education in Maria Auxiliadora and Don Bosco Schools in Barrio Obrero and Cateras, Santurce, directly working on after-school and community outreach programs for at-risk children in underprivileged neighborhoods in the city of San Juan. The fundraising efforts of America Developing Smiles benefits more than 800 children per year in Puerto Rico, giving these children education, love, and hope for tomorrow.

“This year’s funds will help build a roof at Maria Auxiliadora’s school playground and basketball court, allowing children to play on sunny days and enabling the school to host intramural games for Barrio Obrero’s schools. This also helps kids stay on school grounds and

“Old Bags for Smiles” is a private event by invitation only. For information on the event, sponsorships, or involvement, please contact adspr@mac.com or call (787) 603-9477.

About America Developing Smiles of PR:

America Developing Smiles of PR (ADSPR) is a nonprofit organization with federal status as a 501(c)3 and registered with the Department of State in Puerto Rico. Since 2007, a group of women volunteers from ADSPR embarked on a charity, love, and leadership mission to work for Puerto Rico’s most challenging social causes.

Donations are deductible at 100%!

The tax reform of 2011 introduced significant changes for individuals and corporations who want to make donations to nonprofit organizations.

100% of donations paid during the taxable year may be considered nondeductible contributions on your return. 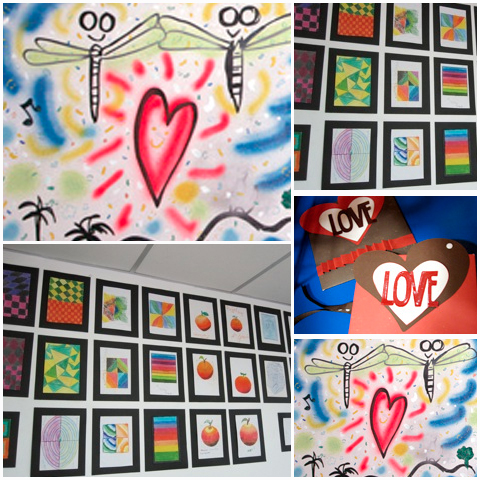 We’ve always supported art initiatives because studies have shown that practicing art from an early age benefits a child’s learning and cognitive process. It helps their writing, reading, and general understanding. As a result, we’ve established “Arts and Smiles,” our very own prevention and early intervention program for young children and children who are at risk, so that we can prevent future juvenile delinquency and other social problems of our society.

The construction project for Colegio María Auxiliadora’s new basketball court rooftop promotes a fun and healthy environment for the children. It also helps promote a better community and school integration with preventive politics and social control.

Join our efforts in promoting fun educational projects and activities that encourage even more recreational habits in the community, like teaching healthy and appeasing practices that increase every individual’s social and cultural growth.